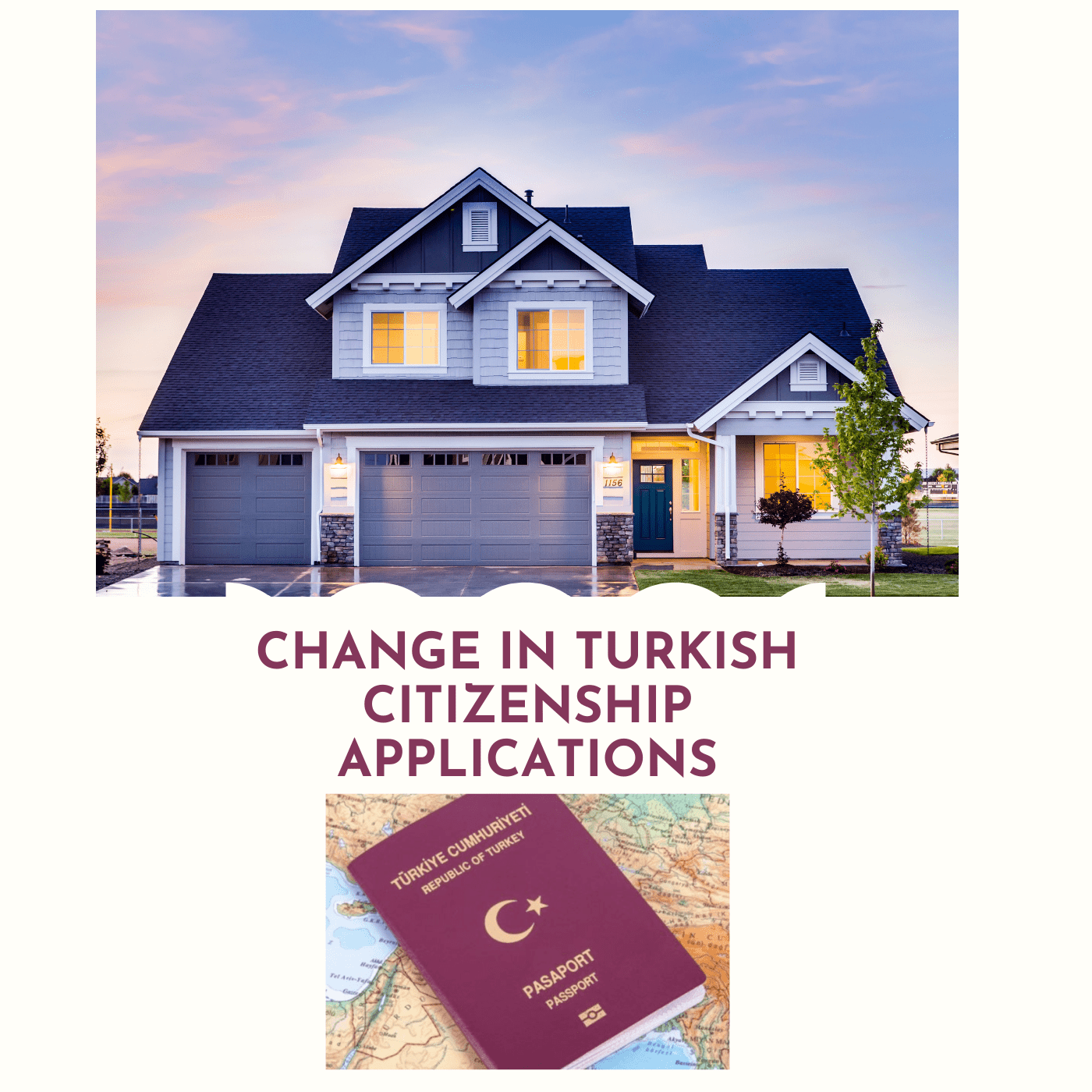 With the regulation published in the current issue of the Official Gazette , a  regulation supporting the Turkish Lira was made in the conditions of transition to  Turkish citizenship.

According to another change in the regulation; When foreigners buy real estate, they will sell their foreign currency to the Central Bank through Turkish banks for this real estate, which will amount to at least 250 thousand dollars.

The ‘condition of keeping deposits in Turkish banks’, which is defined as at least 500 thousand dollars in the regulation, was also changed, and the condition that this amount should be exchanged at the Central Bank through banks was introduced.

The regulation in the Official Gazette is as follows:

“The second paragraph of the 20th article of the Regulation on the Implementation of the Turkish Citizenship Law, which was put into effect with the Council of Ministers Decision dated 11/2/2010 and numbered 2010/139, (a), (b), (c) Subparagraphs (c), (d) and (e) and the seventh paragraph have been amended as follows, and the following paragraphs have been added after the eighth paragraph:

a) It has been determined by the Ministry of Industry and Technology that it has made a fixed capital investment of at least 500,000 USD or equivalent in foreign currency. .

b)At least 250.000 USD or equivalent foreign currency is purchased, provided that an annotation is placed in the land registry records that it will not be sold for three years, or condominium or floor servitude has been established, at least 250,000 USD or equivalent foreign currency deposited in advance, and its transfer and cancellation to the land registry for three years. It is determined by the Ministry of Environment, Urbanization and Climate Change that the sale of the immovable is promised with the contract drawn up in the notary public, provided that the commitment not to be made is annotated.

c) Those determined by the Ministry of Labor and Social Security to employ at least 50 people.

ç) It has been determined by the Banking Regulation and Supervision Agency that he deposited at least 500,000 USD or equivalent in foreign currency in banks operating in Turkey, with the condition of keeping them for three years.

d) It is determined by the Ministry of Treasury and Finance that it has purchased government debt instruments of at least 500,000 USD or equivalent in foreign currency, provided that they are kept for three years.

(7) In order to follow the process regarding the citizenship applications to be made within the scope of the second paragraph, a commission consisting of the representatives of the Ministry of Labor and Social Security, the Ministry of Environment, Urbanization and Climate Change, the Ministry of Treasury and Finance, and the Ministry of Industry and Technology may be established.

(9) The procedures and principles to be applied in determining whether the investment conditions within the scope and amount specified in the second paragraph are met are determined by the institution making the determination.